2. Clearly and thoughtfully ________, the book inspires confidence in students who wish to seek their own answers.

A. writing B. to write C. written D. being written

4. My parents always _______ great importance to my getting a good education.

5. -How long have you been learning English?

6. The manager put forward a suggestion ____ we should have an assistant. There is too much work to do.

7. I’m going to _____ advantage of this tour to explore the history of the castle.

8. You are waiting at a wrong place. It is at the hotel ____ the coach picks up tourists.

9. I hate it when she calls me at work—I’m always too busy to ___ a conversation with her.

A. were injured B. would be injured

Hannah Taylor is a schoolgirl from Manitoba, Canada. One day, when she was five years old, she was walking with her mother in downtown Winnipeg. They saw a man ___11___ out of a garbage can. She asked her mother why he did that and her mother said that the man was homeless and hungry. Hannah was very ___12___. She couldn’t understand why some people had to live their lives without shelter or enough food. Hannah started to think about how she could ___13___, but, of course, there is not a lot one five-year-old can do to solve the problem of homelessness.

Later, when Hannah attended school, she saw another homeless person. It was a woman, ___14 ___ an old shopping trolley which was piled with ___15___. It seemed that everything the woman owned was in them. This made Hannah very sad, and even more ___16___ to do something. She had been talking to her mother about the lives of homeless people ___17___ they first saw the homeless man. Her mother told her that if she did something to change the problem that made her sad, she wouldn’t ___18___ as bad.

Hannah began to speak out about the homelessness in Manitoba and then in other provinces. She hoped to ___19___ her message of hope and awareness. She started the Ladybug Foundation, an organization aiming at getting rid of homelessness. She began to ___20___ “Big Bosses” lunches, where she would try to persuade local business Leaders to ___21___ to the cause. She also organized a fundraising drive in “Ladybug Jars” to collect everyone’s spare change during “Make Change” month. More recently, the foundation began another ___22___ called National Red Scarf Day — a day when people donate $20 and wear red scarves in support of Canada’s ___23___ and homeless.

There is an emergency shelter in Winnipeg called “Hannah’s Place”, something that Hannah is very ___24___ of. Hannah’s Place is divided into several areas, providing shelter for people when it is so cold that ___25___ outdoors can mean death. In the more than five years since Hannah began her activities, she has received a lot of ___26___. For example, she received the 2007 BRICK Award recognizing the ___27___ of young people to change the world. But ___28___ all this, Hannah still has the ___29___ life of a Winnipeg schoolgirl, except that she pays regular visits to homeless people.

Hannah is one of many examples of young people who are making a ___30___ in the world. You can, too! 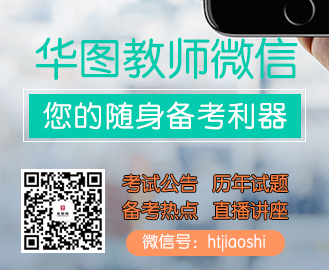